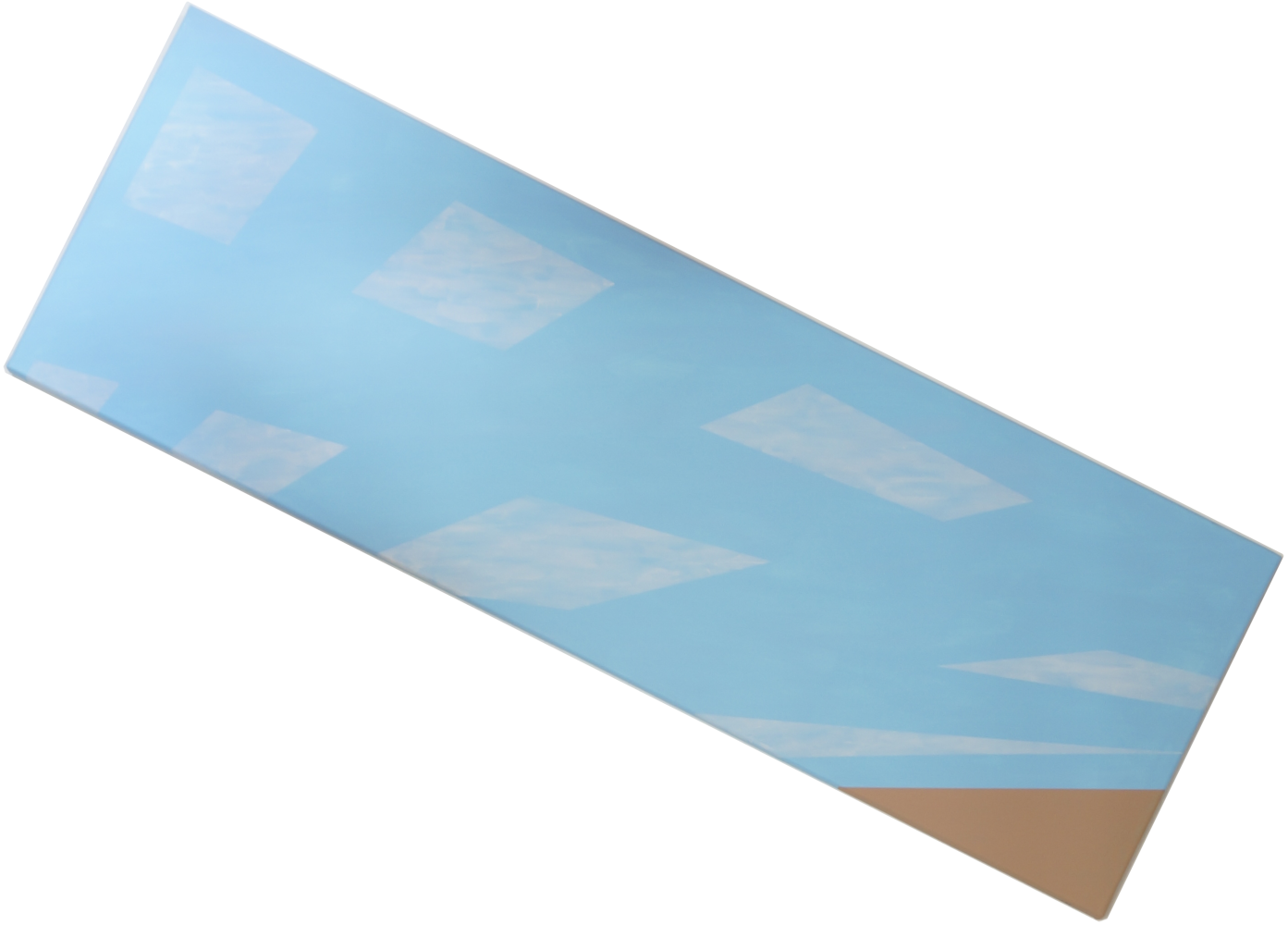 In 2017, as part of an art course, I began to work with charcoal pencils directly on the canvas to create perspective grids to render abstracted earth structures such as fields and meadows with a realistic structure:

I made many paper sketches, one of them with the concept of abstracting not only the angular gridded fields but also the sky in an extreme perspective as a square grid. In this grid, a row of clouds was supposed to extend into the background. None of my canvases, however, matched this. Instead I had an extreme 120x40 canvas left. Only the thought to hang the painting in a staircase later on brought the igniting idea to tilt the canvas. I adjusted the grid until all the grid lines and all the planned elements clouds (glazed horizontal to the room) and earth (brown covering) matched. The brown ground finally forms the extreme anchor-point for the viewer.