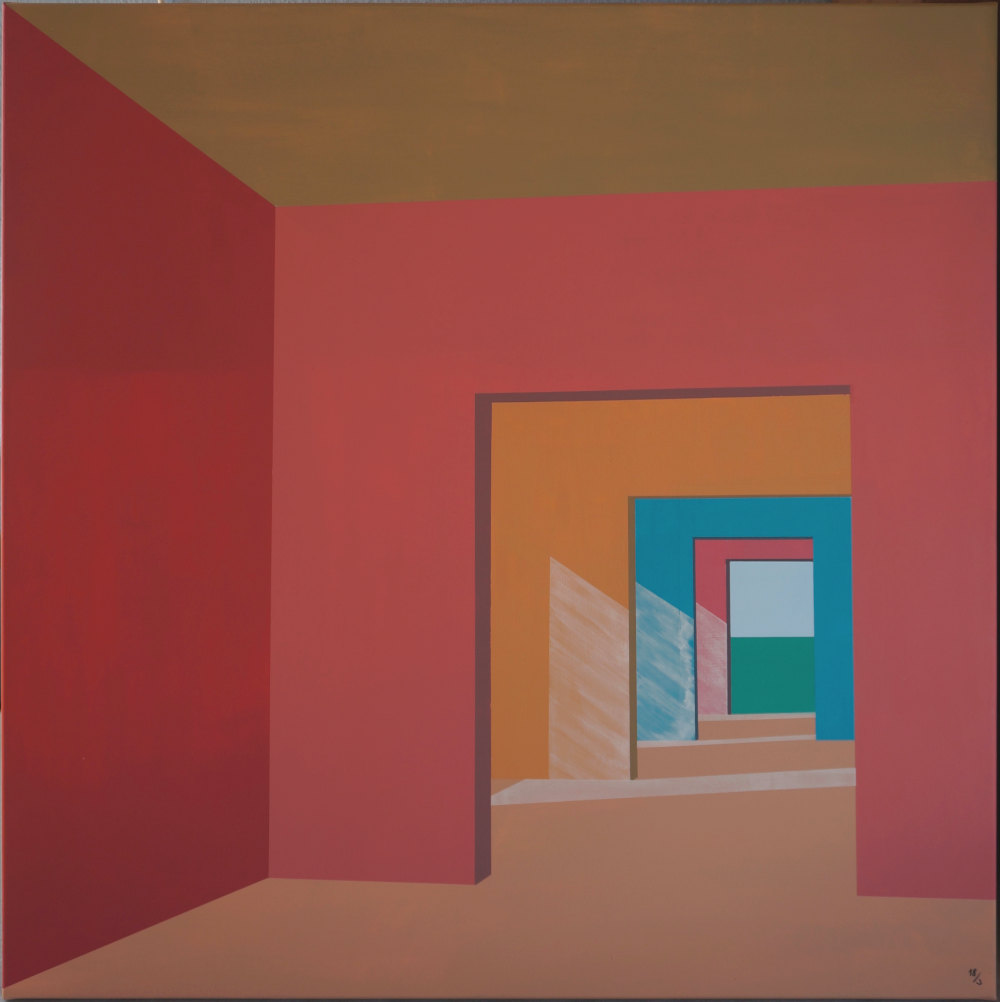 The idea for the picture arose in my mind from a fusion of three real experiences:

A visit to Schönbrunn Palace, where several large, open, colourfully painted rooms adjoin each other, with windows projecting a pattern of light onto the floor

The subsequent walk through a public garden

A visit to Hohentwiel Citadel in an underground hall, where light entered the room from several open windows. The air was foggy, creating a billowing, washed out light on the floor.

In the imagination, the model of several rooms in a row, connected by a corridor, was created. The corridor was to end in a green garden. The rooms were to have diffuse ambient lighting and strong accentuation by means of sunlight entering through the side windows. The final finish was to be in acrylic using stencil technique. The picture style should be minimalist. The canvas specified the target format 80x80cm.

First I created a first model on the PC to experiment with different lighting and perspectives: 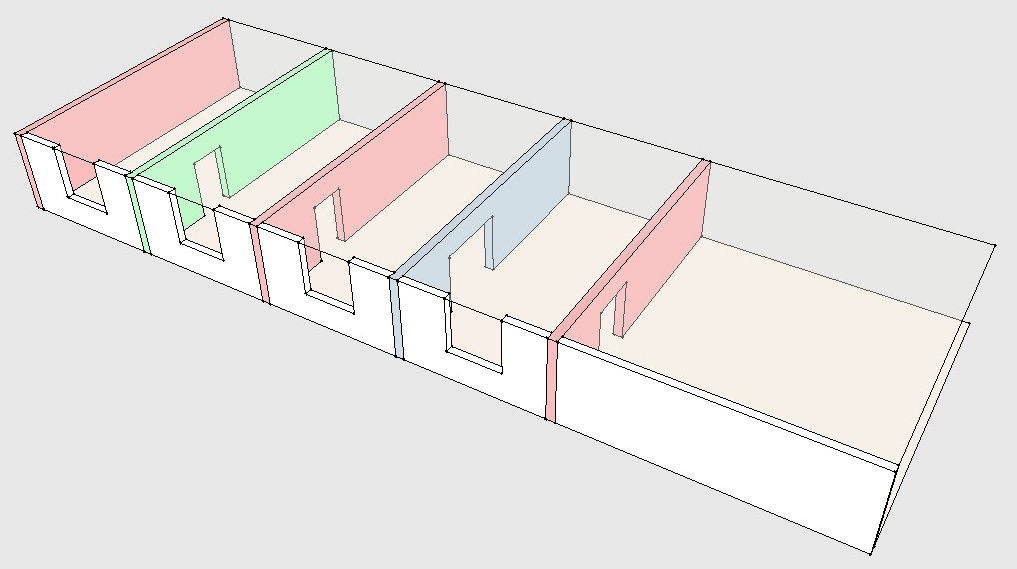 Then the initially uniform door dimensions were varied together with the viewing point until the initially static, regular, but also boring corridor character was released: 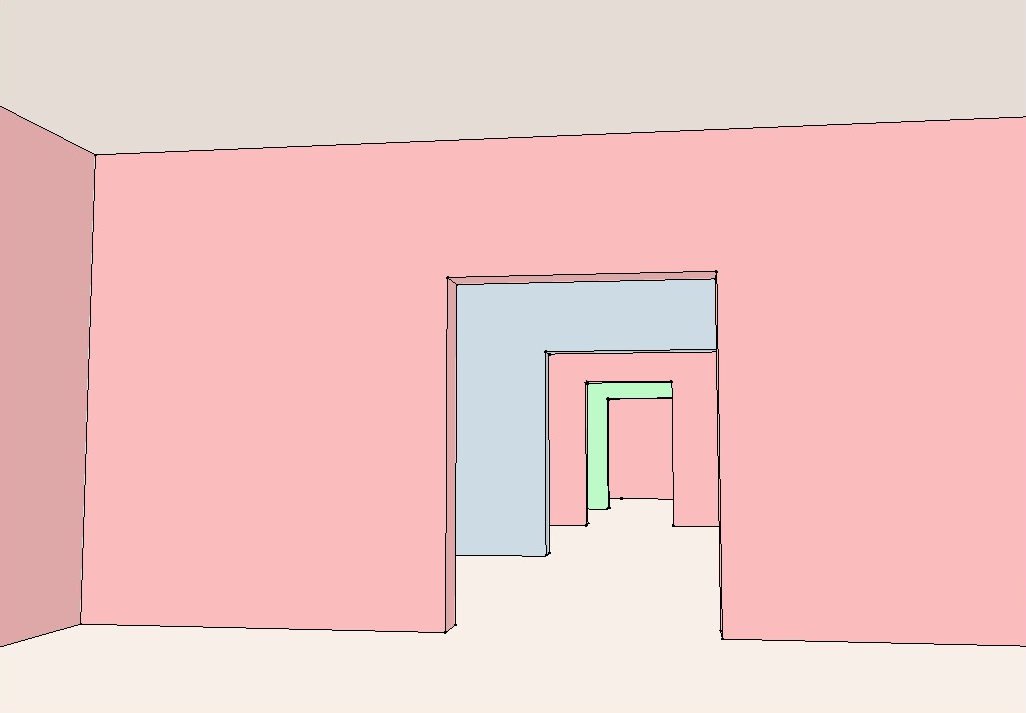 The first attempt with lighting patterns on the floor still turned out not very believable: 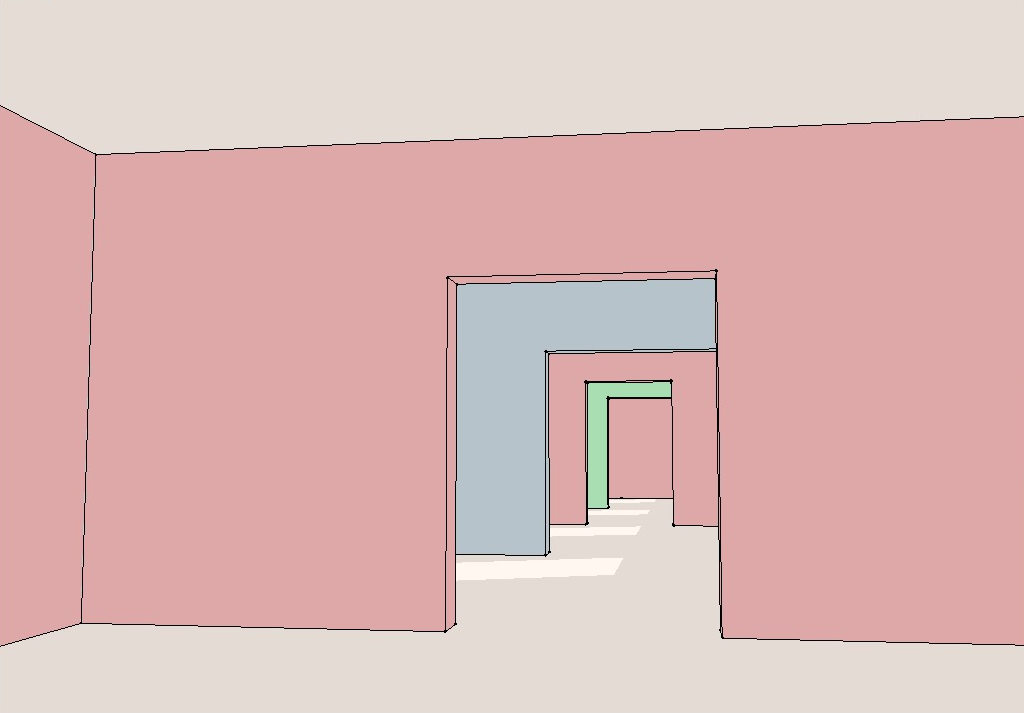 I wanted a part of the grazing light to accentuate the walls as well. After a few attempts with other sun positions this was also successful: 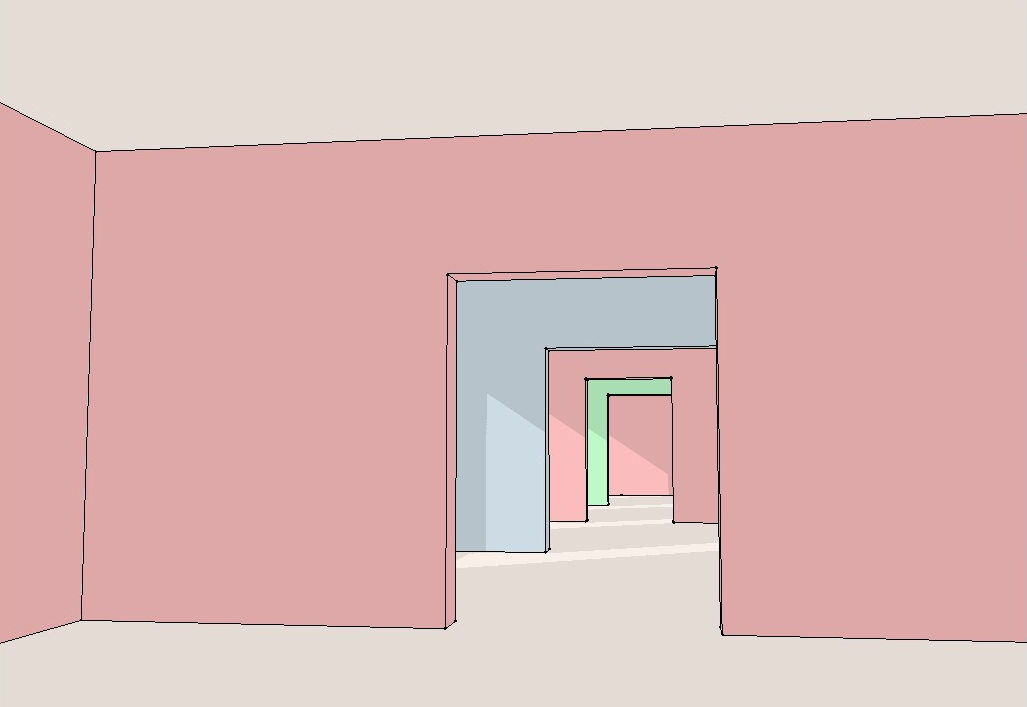 Next, it was necessary to refine the surface partitioning so that it better fits the square format. To do this, openings had to be moved again, and the perspective had to be changed. The door to the garden was then “open”, and in addition, lines on the left should go through the corners of the picture if possible: 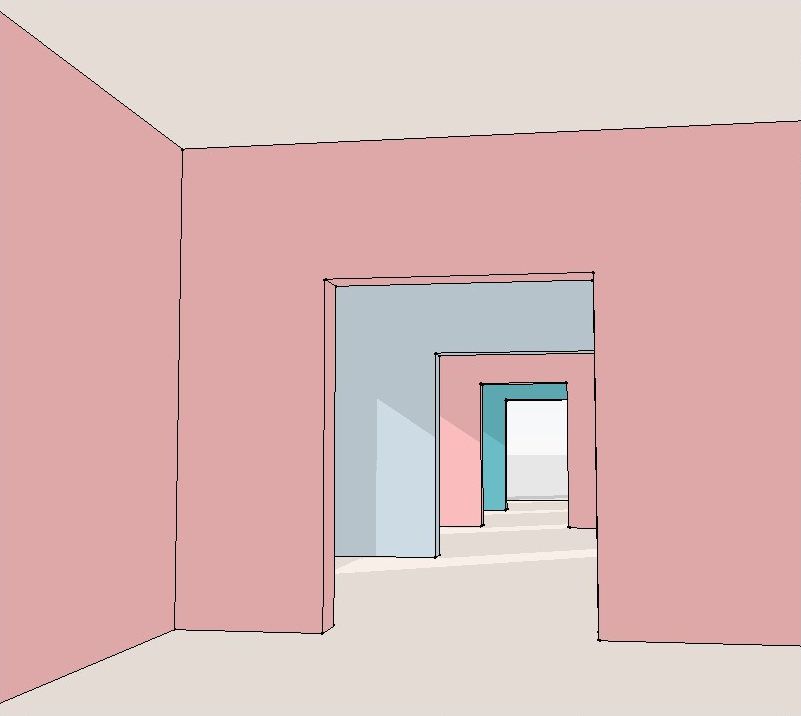 The final colour adjustment in favour of a more “muted” appearance came only afterwards.
I use a self-made color mixing program for the selection of colors, which allows precise color mixing to a certain HLC value. It also prevents me from using " unmixable” acrylic colours on the PC: 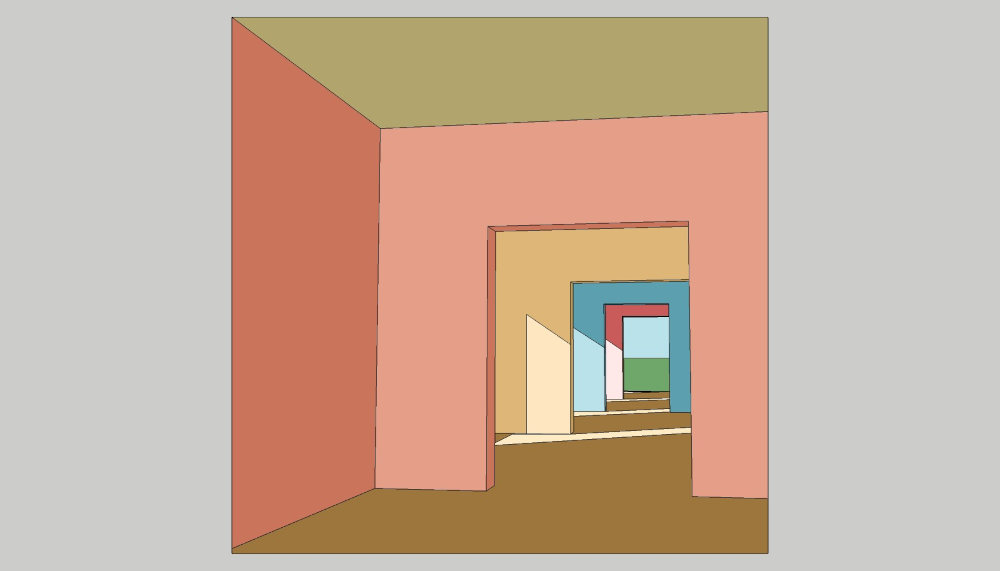 For the transfer to canvas I have measured the corner points of the color areas,

then determined the order in which the paint is applied,

transferred the wall/floor surfaces individually to the canvas and paint them opaque (except for the light spots). To get the desired light impression, I worked with translucent white paint.