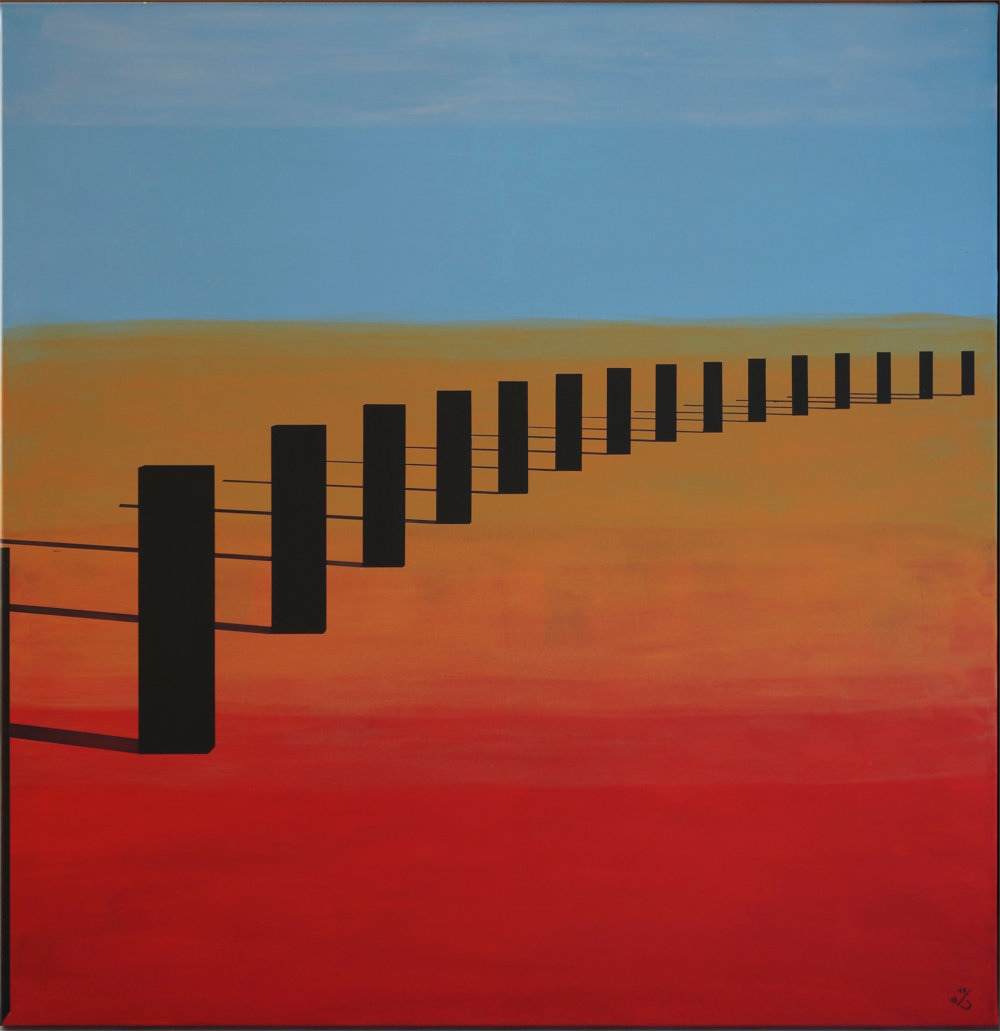 2017 I created in the context of an acrylics painting course a simple, intuitive color study using free brushstrokes on canvas: 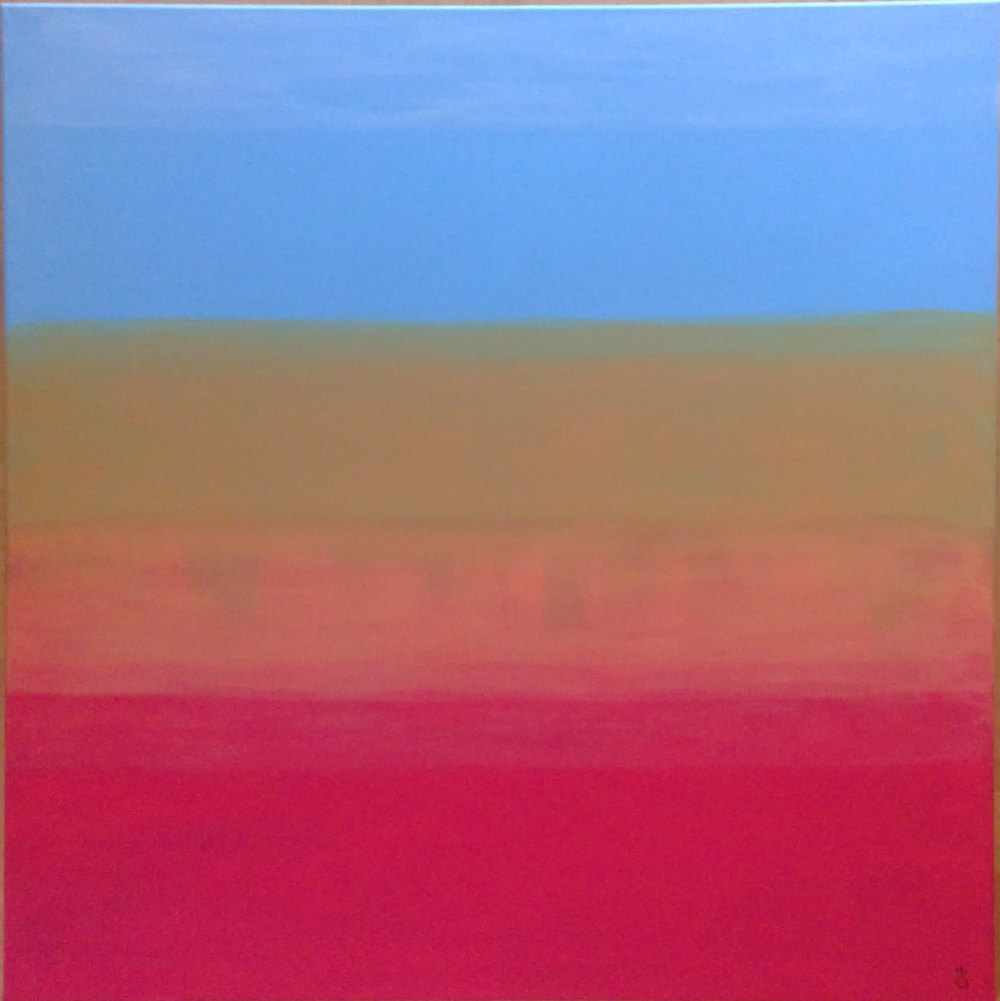 I liked the picture very much at the beginning. After some time I noticed that it gives the impression of a flickering desert, where the eye cannot find an anchor-point. There is no interesting detail or picture center. Later on I kept thinking about what kind of element could complete the picture. In this process an image of boundary posts (like on a road buried by sand) appeared in my head. These posts should give a clear orientation. First sketches with a straight row of posts were rather disappointing. Finally I transferred the picture as a transparent foreground into a 3D construction software and built several rows of posts behind it: 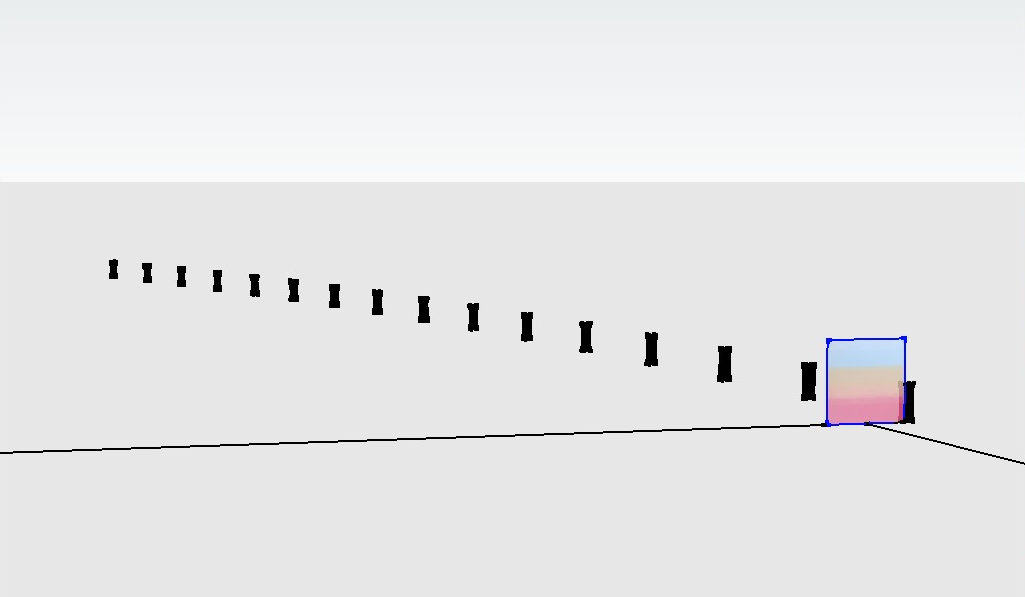 I experimented until the posts fitted into the painting to match the perspective: 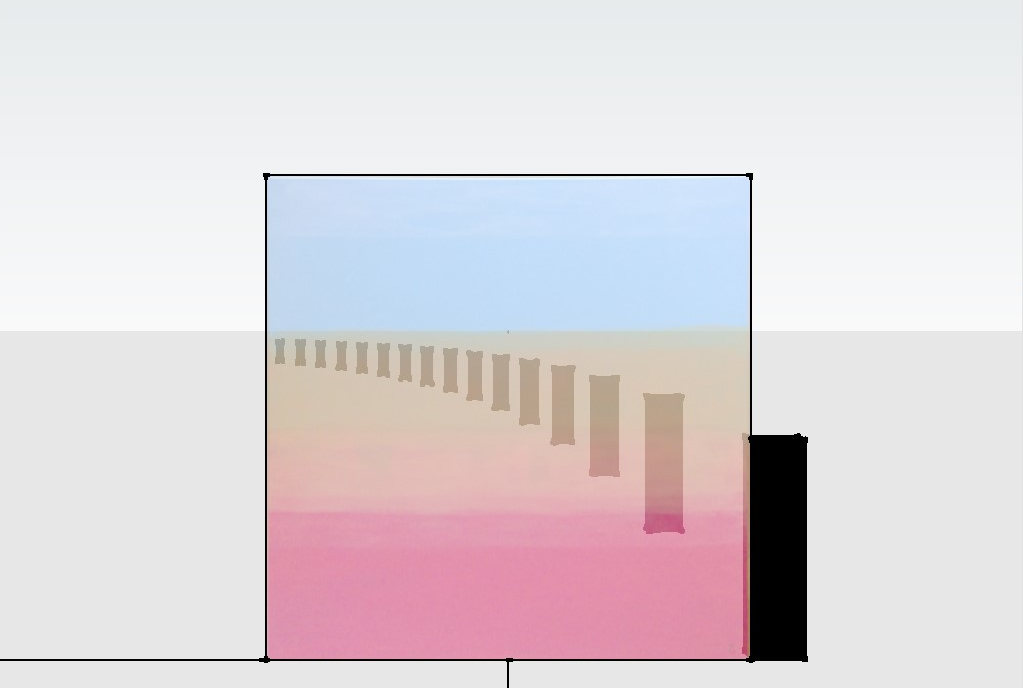 A plausible sun must be extremely glaring in the picture, so the posts will receive a prominent shadow. Without it, they would look hovering. With a flat solar altitude, this finally also worked:

For control purposes I imported the pile image in an image processing software as background: 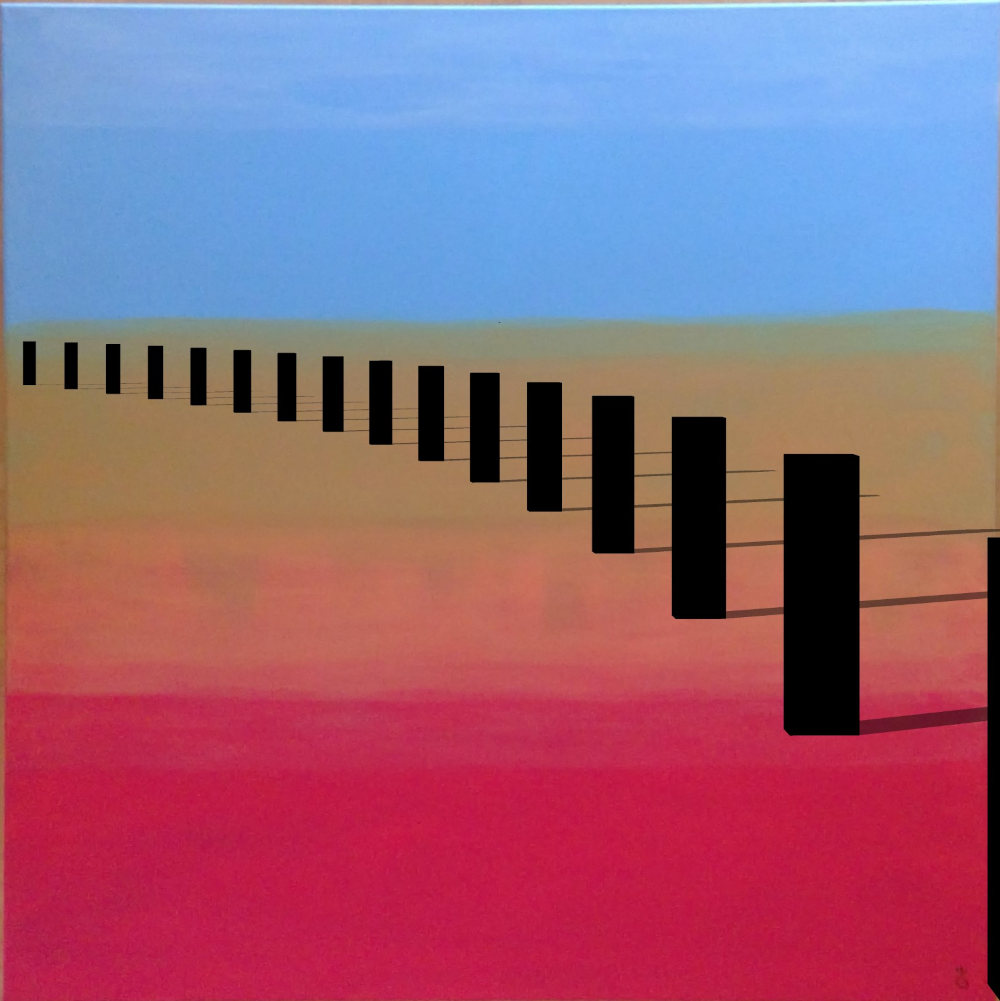 It looked quite acceptable, but when comparing it with a mirrored version (curve to the right), the latter was the winner.

I transferred the corners of the posts and the shadows to the canvas again after dimensioning the computer draft. I painted the posts with opaque acrylic paint; the shadows were done in glazed paint, all in stencil technique. I thereby really explored the limits of the technique; the work with the masking film was incredibly complex.