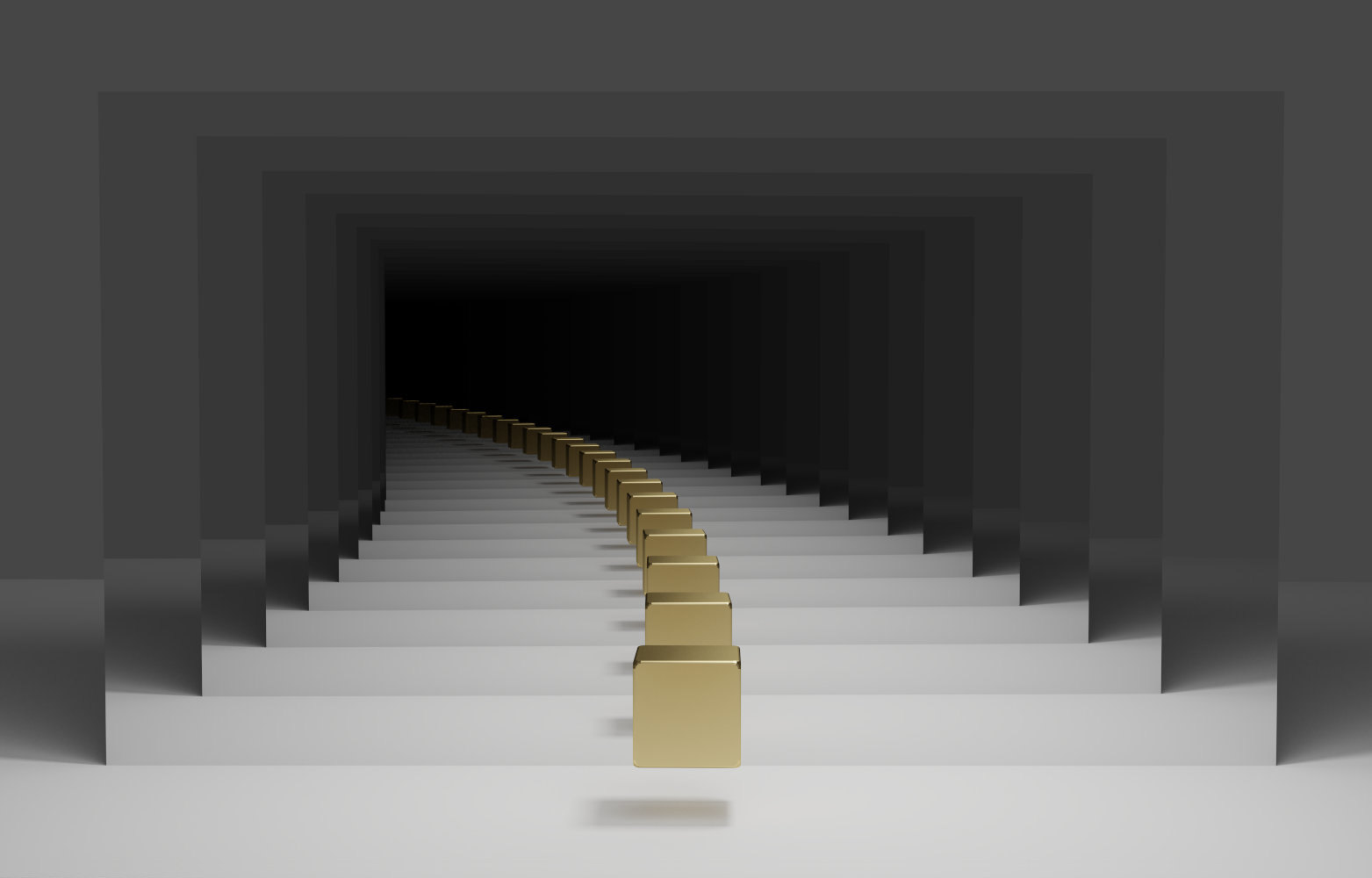 Most of us have stood in a room with several mirrors around. If you stand between two mirrors and they have the right angle to each other, a view into infinity opens up.

In an apartment hotel in Hamburg, I recently experienced this in a fully mirrored elevator. The mirror walls were not perfectly aligned with each other, and so there was an interesting runaway of the mirror images in a curve to the back.
I decided to use this as a basis for a raytracing image.
The minimal equipment for this would be: two mirror surfaces, a cube, a lamp for lighting from above and a camera behind the cube.

It soon became apparent that there was actually no space for the camera.
Directly behind the cube, it would only see the cube itself and only little of its reflections.
It would be obvious if the camera would look out of the cube itself, similar to the elevator situation…
In any case, the perspective is very limited and leaves little room for design.
Actually, the camera should stand outside the two mirrors. But then it couldn’t see through them anymore…

The solution finally came to me while watching a thriller, where the suspect is observed in the interrogation room through a one-way mirror.
I only had to learn how to model such a mirror in the raytracing software.
Afterwards I had a lot of fun changing the lighting, camera and objects until the desired effect was achieved.
While experimenting I found out that the reflection of the opposite mirror edge looks a bit like a dark grey theatre curtain.