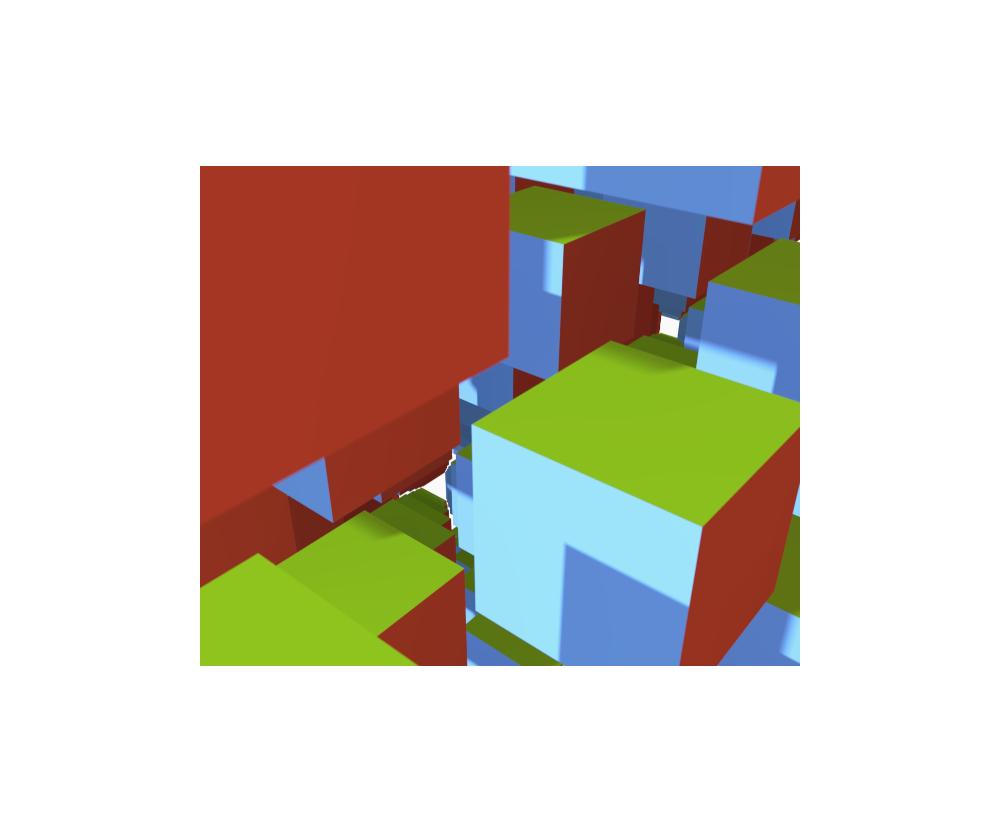 In 2019 I have experimented repeatedly with regular geometrical arrangements of simple bodies, e.g. like these here:

None of the arrangements or perspectives appealed to me in such a way that a meaningful or surprising visual effect was achieved. I did not manage to work out a visual centre or anchor for the viewer. A little later I did these experiments again and made a complete change of perspective from outside into the middle of the arrangement. In the process, two independent centers that look like white escape routes emerged, which came as a surprise to me as well. Funnily enough, one of them is triangular-shaped and the other square-shaped.