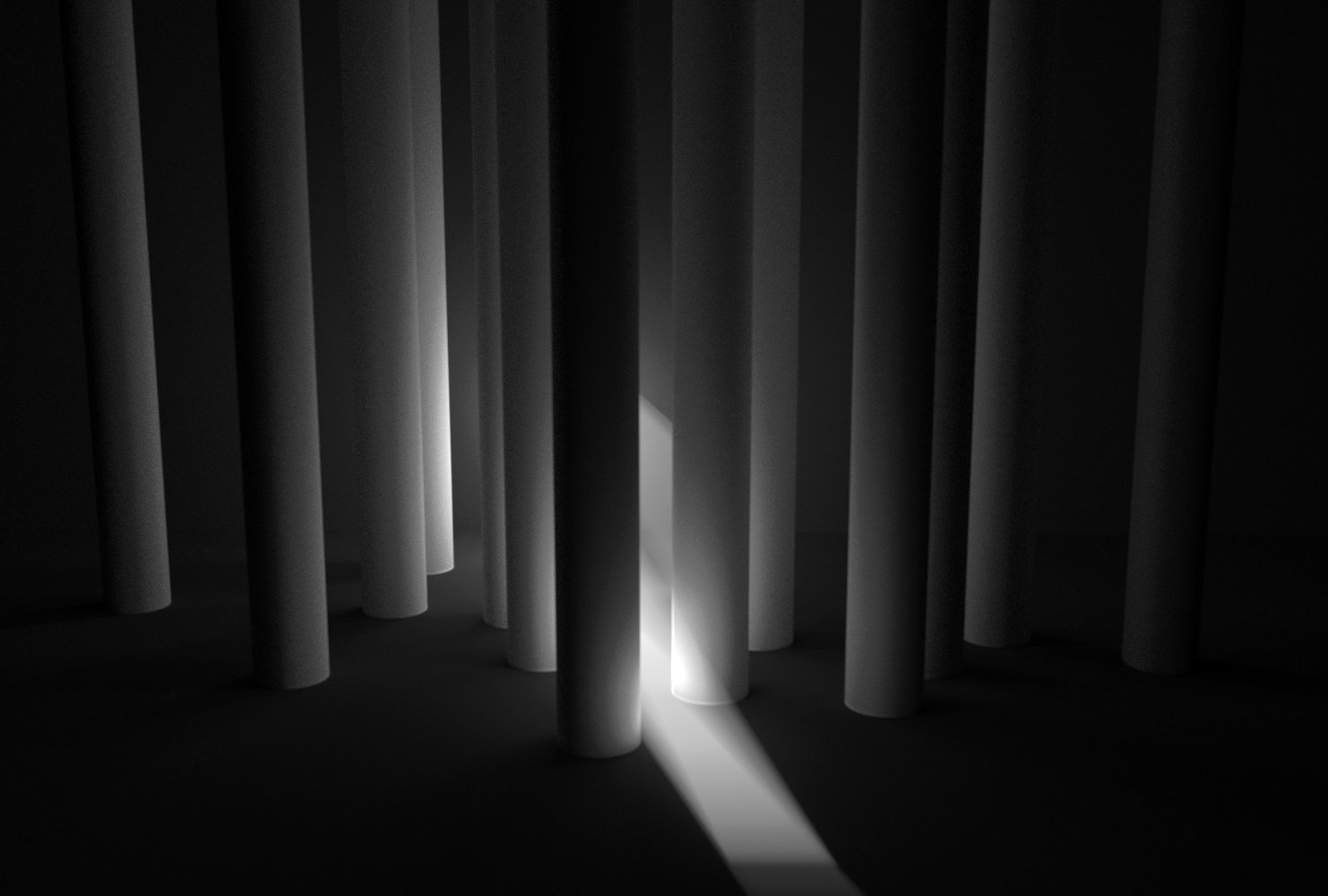 At the end of 2018 I succeeded to apply for an exhibition in the Villa Bosch “Radolfzell Artists 2019”, about which I was very pleased. I did the exhibition planning in the supplied room completely with PC software. It turned out that there was a gap between the pictures, which should be filled thematically. In contrast to the other, rather “friendly” pictures with warm colors, this picture should appeal to other instincts with the least effort and rather polarize.

After longer gathering of ideas I picked up a scene from a crime thriller, where the victim is wandering through a forest and is searched for by a pursuer with a strong torch. Afterwards I tested which minimal picture elements were needed and finally replaced the trees with cylindrical columns. Many designs followed, which finally resulted in this geometry:

The window behind the columns will be used later to illuminate the scene.
To make the atmosphere more threatening, a volume of fog was to be placed over the scene. During the settings necessary for fog, some limitations of the used raytracer “Twilight” turned out, which challenged me two years later again to a remake with another software (see " At night 2”)..

Many experiments later, with and without lighting, the perspective was finally determined.
The victim looks back into the “forest” and realizes that the pursuer cannot be shaken off..